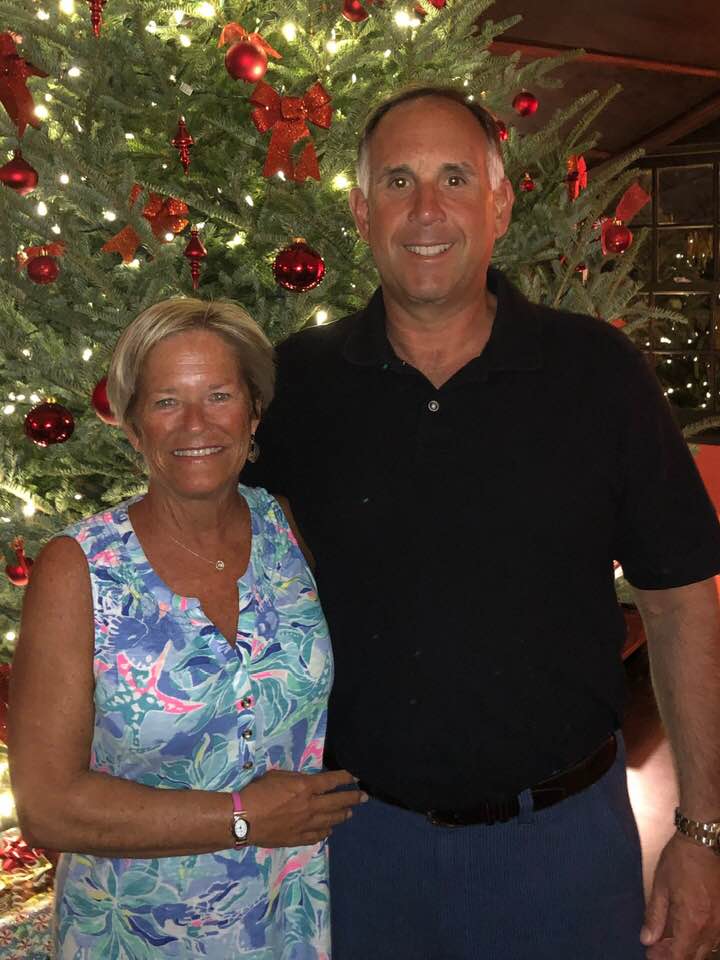 Rob Marsh, owner of Wye River Marine, brings over 35 years of experience to the business. Rob started in the early seventies helping his Dad paint boat bottoms and clean boats in the family boatyard, Marsh Marine of Red Bank NJ. After completing the Commercial Fisheries and Marine Engineering program at the University of Rhode Island Rob began a career as a commercial fisherman working in both the offshore trawler industry as well as the inshore Menhaden purse seiner fleets. After 6 years of fishing, Rob decided that commercial fishing was not for him and moved on to work for Buddy Davis of Wanchese, North Carolina building custom sport fishermen.

In 1990 Rob opened his first boat sales business, Warehouse Creek Yacht Sales, in a small boatyard off the South River in Edgewater, Maryland. Warehouse Creek eventually grew to be one of the largest boat dealerships in the Mid-Atlantic as well as a top Dealer for Cruisers Yachts, Monterey, Glastron, Maxum, and Aquasport. Warehouse Creek developed a reputation for being the “go to” boat sales organization for those who wanted to move their boats quickly without the hassles of traditional brokerage firms. Warehouse Creek was especially effective in the sale of boats outside of the local market, selling boats throughout the US and the world. In 2006, after being virtually wiped out by hurricane Isabel, Rob sold the business to his largest competitor Clarks Landing Yacht Sales.

After a short retirement, Rob recognized the wholesale opportunities presented by the recession coupled with the potential growth in international sales.  In 2007 Rob decided to open up Wye River Marine to take advantage of these dynamic changes in the boating industry.

Rob lives with his wife Fran and 2 dogs in Queenstown, Maryland. When he isn’t running the business he can usually be found cruising the bay in his Bertram.

Jack Marsh (son of Rob Marsh) handles sales for Sea Hunt, Sundance, and our Used Boats. Jack has worked on and off in the family business since he was 13 years old.

Between Warehouse Creek Yacht Sales and Wye River Marine, Jack worked the docks at Piney Narrows Yacht Haven. During that time, he studied at Salisbury University, pursuing a degree in Media Production & Marketing. After graduating and a brief stint in the news industry, he returned to Wye River Marine to join the family business. Jack was born and bred in the boating world.

Jack is always searching for a project boat of his own and can be seen cruising the local waterways in the WRM Catamaran. He lives with his wife Lindsay in Centreville. 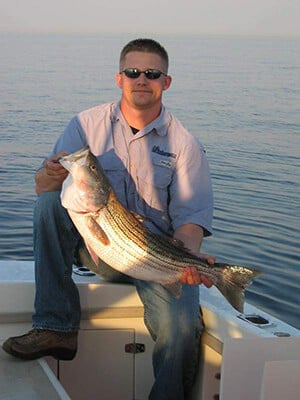 AJ Bowden grew up in lower Delaware on his family farm where he learned at a young age the value of hard work. Enjoying the outdoors with his close-knit family, he quickly grew a passion for boating and fishing. His love of boating encouraged him at age 16, to pursue a career with Boaters World, where after only two years he was promoted to Store Manager. Boaters World quickly recognized his achievements and promoted him to manage one of the highest volume stores in their chain in Solomon’s Island, MD.

After gaining valuable management skills, AJ moved back to Delaware to manage Mid Shore Boat Sales which he helped develop into a top ten dealer for both Sailfish and G3 boats. Deciding to move back to Maryland, AJ along with three other industry professionals, opened Jaws Marine, a full-service dealership selling both Pro-Line and Donzi Boats. In 2009, AJ and his partners sold the business to pursue other career options.

AJ joined Wye River Marine in 2010 and is now the General Manager. AJ also runs our service department as well as our international packing and freight division.

AJ lives with his wife Jenn and their two kids, Taylor and Chace, at their new home on Kent Island. 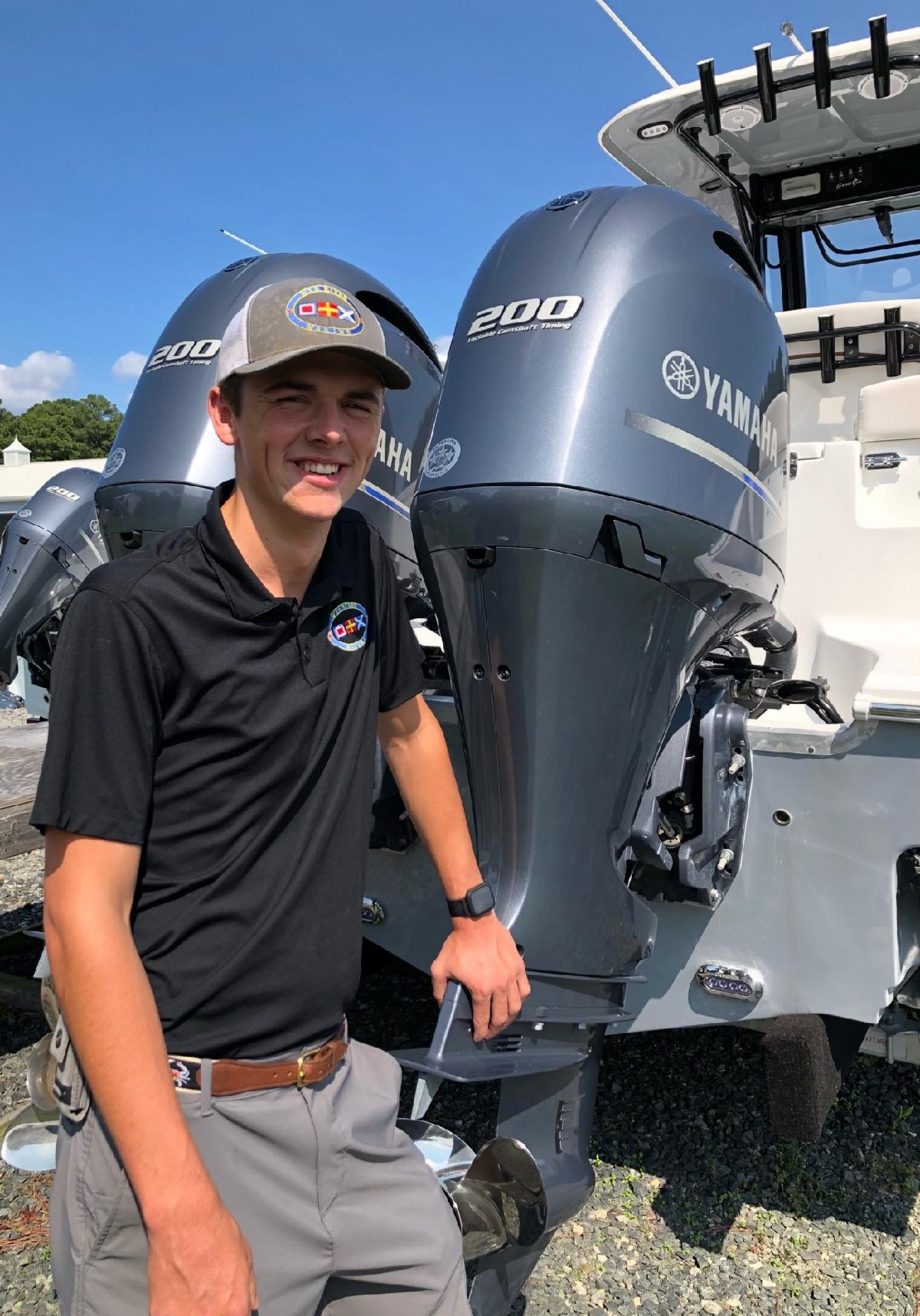 Scott Carlsen, our Service Writer, assists in communicating our customers service needs to our techs. He is the man you want to contact for service questions and scheduling.

Scott grew up here on Kent Island and was a member of the sailing team at the local high school. Scott also participated in our apprenticeship program where he gained experience with all things marine maintenance. After completion of the program, Scott elected to stay on full time, and has been here ever since. 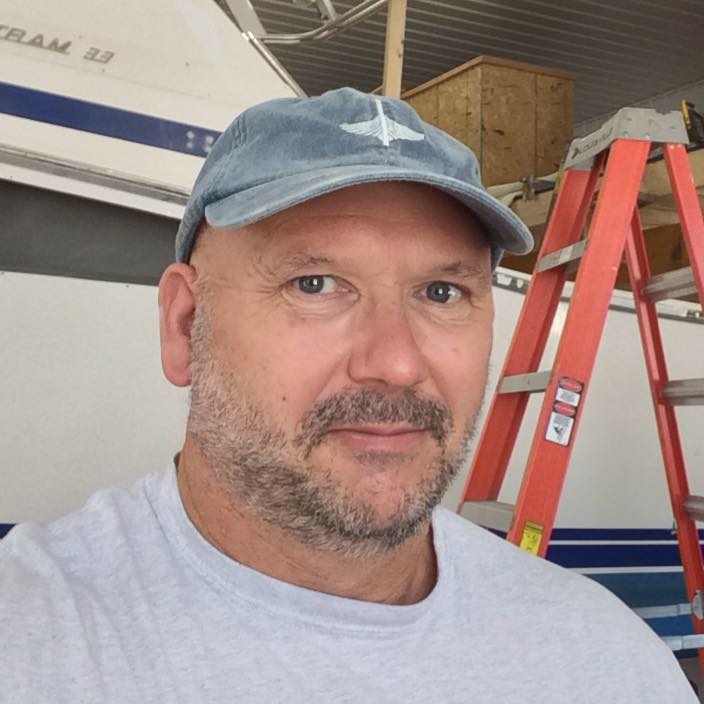 Jeff originally got started in the maritime industry with a job at Wilkins Marine as a service mechanic. In a matter of months, Jeff was head of the paint department. Over the years Jeff worked for a few different businesses as well as himself, perfecting the skills of gel coat, engine repair, electronics installation and is now a well seasoned mechanic at Wye River Marine.

Jeff has lived on Kent Island for 23 years now and is known by nearly everyone in the industry. When Jeff isn’t in the shop or fixing Rob’s boats, he’s usually playing with his dogs Fiona and Clubber, or spending time with his girlfriend, Beverly. Jeff recently restored a 1964 Wood Deadrise Workboat. 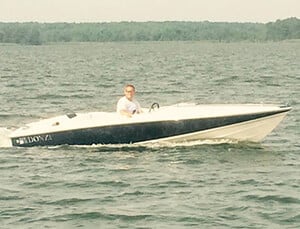 John leads our service department, specializing in engine diagnostics and electronics installation. He has been with the company since January 2014.

John was born and raised in Philadelphia but moved to the eastern shore of Maryland at the age of 13. After high school, he decided to pursue a career as a boat mechanic and enrolled at the Marine Mechanics Institute. During his time there he captained boats at one of the happiest places on earth, Disney World, 2nd only to WRM! After school, John returned to Maryland and worked for various boat companies before settling in at Wye River Marine. John’s pride and joy is his 1969 Monza that he’s currently restoring. 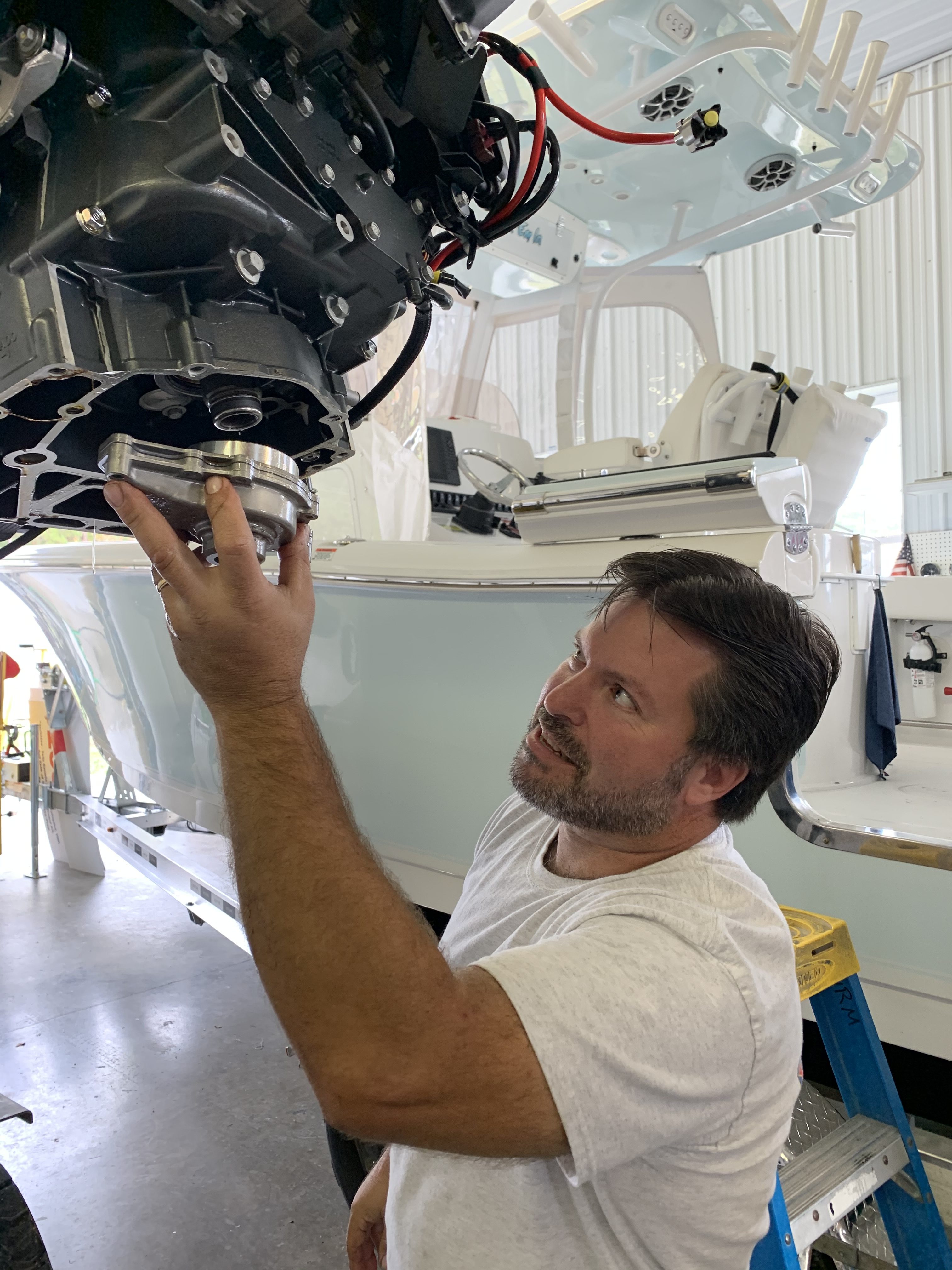 Anthony DePasquale grew up around boats, whether he was fishing with his father, brother and uncles on the Chesapeake Bay or working on boats at the local marina where he lived as a teenager. His interest in engine repair started when he was in high school and was enrolled at Center of Applied Technology South, where he learned small engine repair.  After high school, Anthony went to work for Fairwinds Marina in Cape St. Clair as a marine technician. Seven years later, he went to Florida Marina and Boat Sales in Pasadena and was quickly promoted to shop manager, where he oversaw the day to day operations of the service department.

Anthony left Florida Marina in 2003 to work for Yamaha Motor Corporation in their Marine Service Division.  He was the District Service Manager for the Mid Atlantic area.  During his tenure with Yamaha, Anthony would travel to various marinas and boat dealers to assist with difficult motor issues. Through diagnostic techniques and instruction, Anthony would show the marine technicians how to diagnose and repair motors.  Anthony has always loved to teach and pass on his knowledge to other technicians. While at Yamaha he was an integral part of bringing the Marine Tech Training program to Chesapeake Community College, Baltimore County Community College and Sussex County High School.

Anthony lives in Caroline County with his wife of 22 years and their 3 daughters.  He enjoys hunting, fishing, crabbing and spending time with his family. 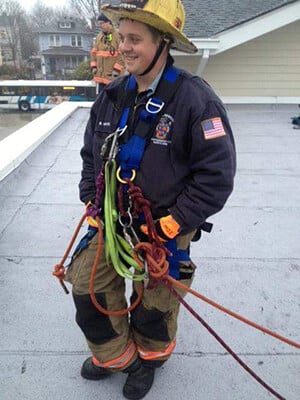 Robbie Marsh (son of Rob Marsh) specializes in delivery services for Wye River Marine. He has delivered boats all over the eastern seaboard including, Florida, Michigan, Massachusetts, and even Canada. He also helps out around the shop, and captains sea trials for prospective boat buyers. Robbie is also a full-time fireman in Montgomery County, Maryland.

After volunteering with Grasonville Volunteer Fire Department for many years, he decided it was time to make a career out of it and enrolled in Montgomery County’s Fire Academy. After many grueling months of training, he graduated and is now stationed in Takoma Park. He says the most rewarding part of his job is helping others.

Robbie is an avid hunter and enjoys working on his project boats. He recently purchased 5 acres of land in Grasonville and built a house on the property.